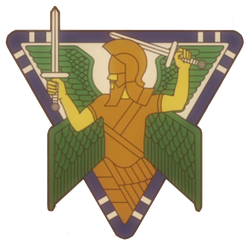 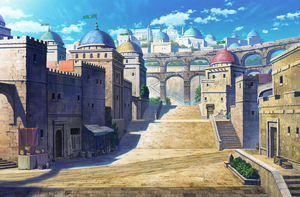 Parthevia was a small country in southwest that was fighting to break free from a continent near by. During the reign of Davashadil IV, Parthevia won the war against this near by continent and renamed itself to be the Parthevia Empire, it became a strong and influential superpower. The Parthevia Empire became prosperous after conquering other countries, the army paid the citizens gold for the victory in the war. But after the war with the Reim Empire, which forced Parthevia to yield some parts of its territory, Parthevia fell into economic difficulties and imposed harsh taxes on the people. People's food supplies, properties, army; everything was taken away. Not going to become a shameful thing, they formed the word "ex-patriotic".

Sinbad had a history with Al-Thamen here.

40 years ago, Parthevia's army invaded Musta'sim Kingdom but failed due to the kingdom's use of magicians.

The first Dungeon, Baal, appeared on the border between Parthevia Empire and the Reim Empire 14 years ago, over ten thousands challenged it and perished before Sinbad conquers it and became the first Dungeon Capturer.

Retrieved from "https://magi.fandom.com/wiki/Parthevia_Empire?oldid=77687"
Community content is available under CC-BY-SA unless otherwise noted.