Magi: Hajimari no Meikyū (マギ はじまりの迷宮 Magi: The First Dungeon) is a video game adaption of the Magi manga and anime series for the Nintendo 3DS platform. The game is produced by Bandai Namco Games and was released in Japan on February 21, 2013. This game is getting an upcoming update with more playable characters, a new dungeon, and more story content in the future.[1]

Players can create their own original parties of anime characters, then customize the characters' abilities after accumulating Rukh. When fighting battles, a player can freely switch between different characters. 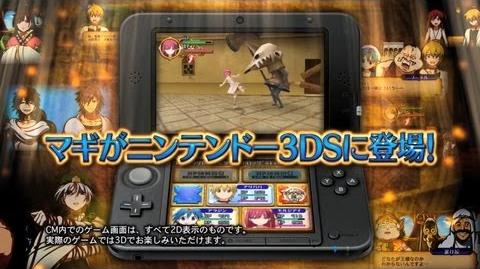 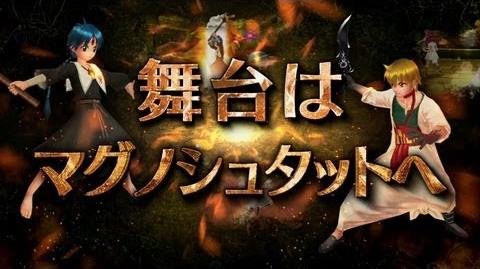 Retrieved from "https://magi.fandom.com/wiki/Magi:_Hajimari_no_Meiky%C5%AB?oldid=72550"
Community content is available under CC-BY-SA unless otherwise noted.