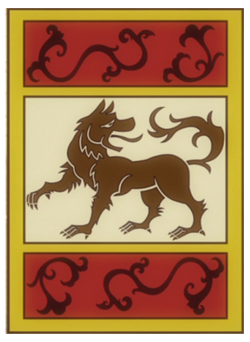 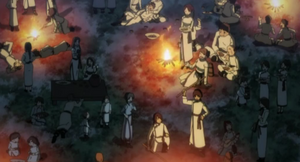 The Kouga Clan (黄牙一族, Kōga Ichizoku) is a horse raiding clan situated in a rural area of the Northern Tenzan Plateau.

It is said that the Kouga Clan was previously known as the Great Kouga Empire, which was built by Chagan Khan (チャガン・ハーン, Chagan.Hān). They were once the strongest nation in the world. They were just like the Kou Empire with the ambition to unite the whole world under their name, but they failed and shrunk to being just a clan. As a clan, they were annexed by the Kou Empire.

Retrieved from "https://magi.fandom.com/wiki/Kouga_Clan?oldid=66339"
Community content is available under CC-BY-SA unless otherwise noted.