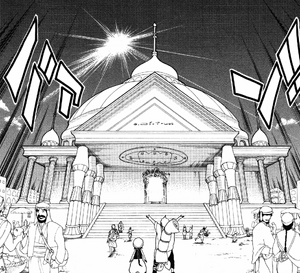 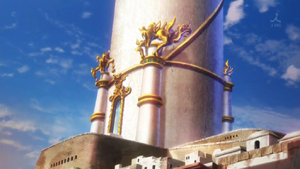 Amon (アモン, Amon) is the seventh Dungeon to appear. Amon was conquered by Alibaba Saluja and his prize for completing this Dungeon was the Djinn Amon. It was later collapsed by Judar. In the anime this dungeon is filled with fire related traps and creatures.

Amon appeared 10 years and one month ago. It is in the center of Qishan. 100,000 people went in and never returned which gave it the name, The Stair Way To Death.

Retrieved from "https://magi.fandom.com/wiki/Amon_(Dungeon)?oldid=45747"
Community content is available under CC-BY-SA unless otherwise noted.